On Tuesday, February 27, 2018, the Detroit Economic Club hosted the Detroit Red Wings and discussed their current season and plans to rebuild for the future. Fresh off the NHL trading deadline, Red Wings General Manager Ken Holland says that they are still moving forward. “It’s a big push to get into the playoffs and we’ve got to make decisions based on upon where we were in the standings. You have got to be as good as you can now but always looking towards the future.”

Red Wings Captain Henrik Zetterberg says that even though they lost some good players to recent trades, their main focus is still on making the playoffs. “I think for us as players right now it is pretty simple, we gotta win games. We lost some good teammates, but we know that, whatever happens, we have a good enough team to play next year.”

With the upcoming road trip, Head Coach Jeff Blashill says the Red Wings need to focus on two things to win. “The competition level and work ethic have to be better than our opponents on each game basis. We do that and we win.” An entertaining audience Q&A session with players followed the round table. 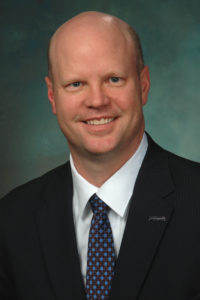