Restoring the Right to Rise in America 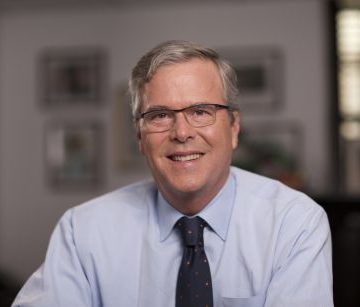 Former Florida Governor and Honorary Chairman of the Right to Rise PAC Jeb Bush addressed the Detroit Economic Club Wednesday, February 4th, 2015, on restoring the right to rise in America.

Bush said, “That’s why I’ve launched the Right to Rise PAC, so that someone will speak for people who don’t want to wait for the government to deliver prosperity. They want to earn it themselves. Government isn’t the only issue here; there’s far more at work. But in a sense, fixing government policy is the easiest problem to solve and it’s the one that’s most responsive to the demands of voters.” 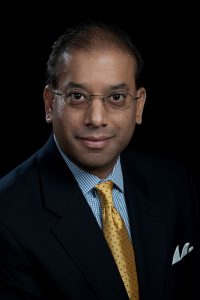 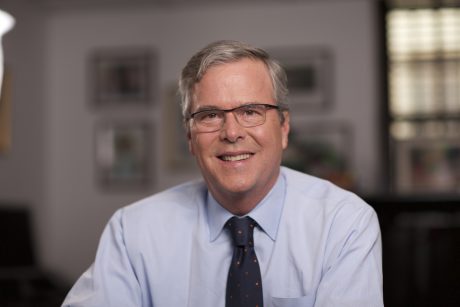 Jeb Bush is the 43rd governor of the state of Florida, serving from 1999 through 2007. He was the third Republican elected to the state’s highest office and the first Republican in the state’s history to be reelected.

Governor Bush remained true to his conservative principles throughout his two terms in office – cutting nearly $20 billion in taxes, vetoing more than $2.3 billion in earmarks and reducing the state government workforce by more than 13,000. His limited government approach helped unleash one of the most robust and dynamic economies in the nation, creating 1.4 million net new jobs and improving the state’s credit ratings, including achieving the first ever Triple-A bond rating for Florida.

During his two terms, Governor Bush championed major reform of government, in areas ranging from health care and environmental protection to civil service and tax reform. His top priority was the overhaul of the state’s failing education system. Under Governor Bush’s leadership, Florida established a bold accountability system in public schools and created the most ambitious school choice programs in the nation. Today, Florida remains a national leader in education and continues to enjoy rising student achievement.

After leaving office in 2007, Jeb returned to the private sector, where he reestablished his career as a successful businessman, entrepreneur, and investor.

He has also maintained his passion for improving the quality of education for students by founding and serving as the chairman of one of the nation’s leading conservative education reform organizations, the Foundation for Excellence in Education. The 501c3 non-profit works with state and education leaders, teachers and parents to develop and implement reforms that lead to rising student achievement. In 2013, Jeb authored Immigration Wars: Forging an American Solution, along with leading constitutional litigator Clint Bolick, outlining a conservative immigration reform strategy to fix the nation’s broken immigration system.

From 1987 – 1988, Bush served as Florida’s secretary of commerce under Bob Martinez, Florida's 40th governor. Following an unsuccessful bid for Governor in 1994, Jeb joined forces with the Greater Miami Urban League to establish one of the state’s first charter schools, Liberty City Charter School, in one of the most underserved parts of Miami-Dade County. In 1995, he also co-authored Profiles in Character, a book profiling 14 of Florida’s civic heroes and advocating a return to the principles of our Founding Fathers.

Bush earned a bachelor’s degree in Latin American studies from the University of Texas at Austin. Jeb is the son of President George H.W. Bush and Barbara Bush. He and his wife Columba live in Miami and have three grown children and three grandchildren.