The Bob & Bridget Show: Behind the Scenes at the Michigan Supreme Court 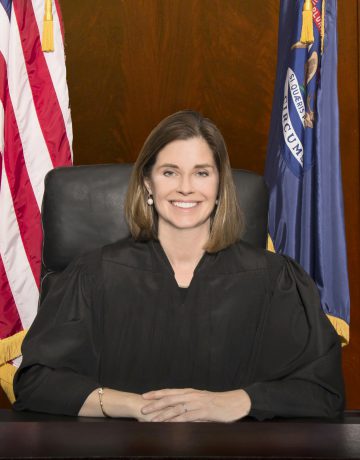 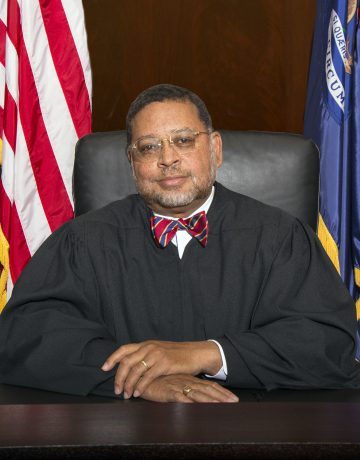 The Honorable Robert P. Young Jr. and The Honorable Bridget Mary McCormack spoke to the Detroit Economic Club on Tuesday, December 15, 2015, about the renewed collegiality within the Michigan Supreme Court.

Young said, “The number of appeals to our court is declining… The lines of demarcation are a lot clearer than they used to be when I came on the court.”

McCormack said, “There’s always going to be new legislation and therefore questions for our courts, but in certain areas we should be able to draw clearer lines that allow businesses, individuals, police officers, prosecutors, to figure out what the rules are and play by them.” 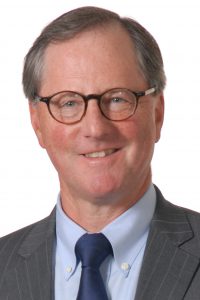 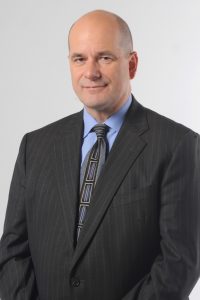 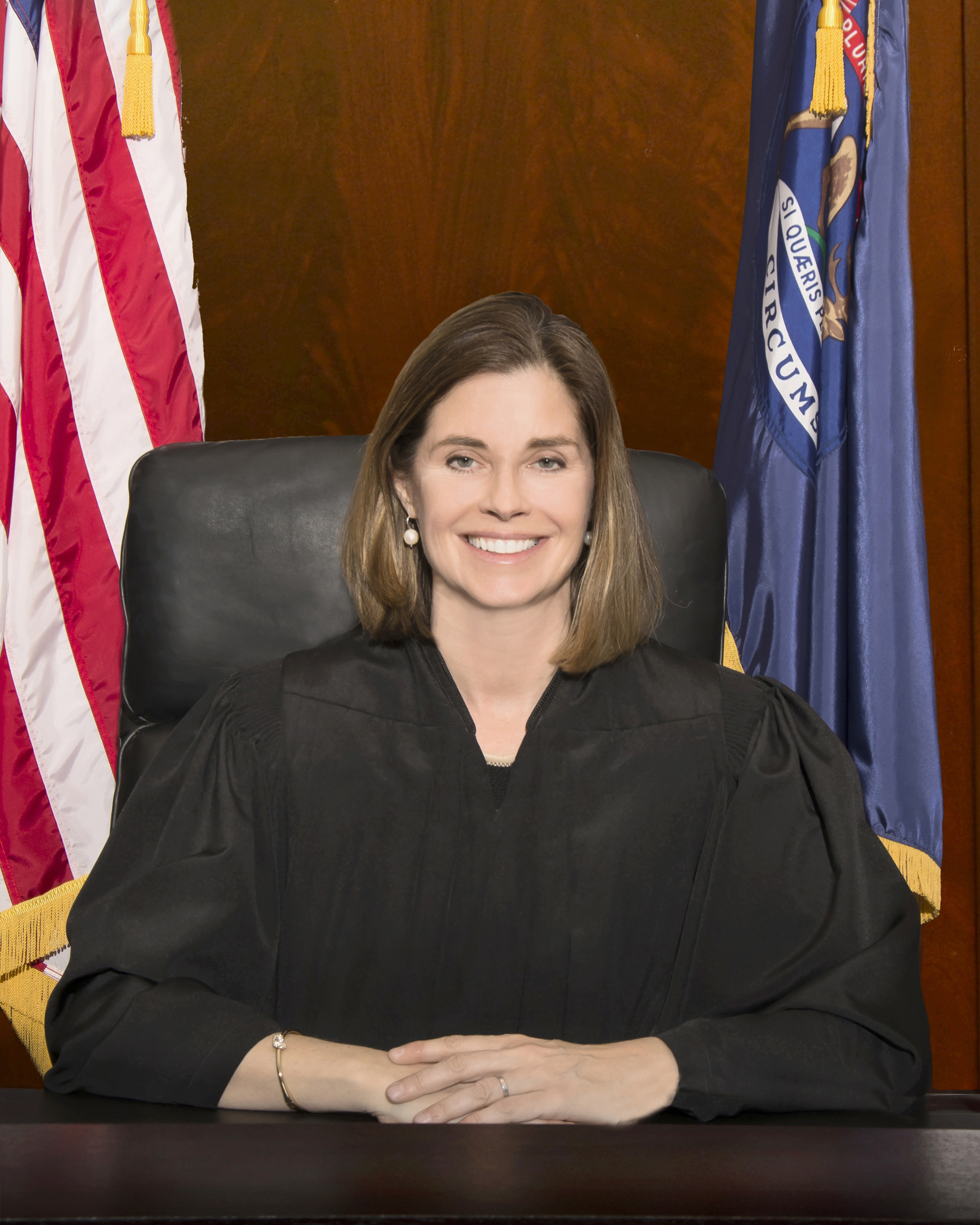 Justice Bridget Mary McCormack joined the Michigan Supreme Court in January 2013. Before her election to the Court in November 2012, she was a law professor and dean at the University of Michigan Law School. Since joining the Court, Justice McCormack continues to teach at the Law School as a Lecturer.

Justice McCormack is a graduate of the New York University Law School, where she was a Root-Tilden scholar and won the Anne Petluck Poses Prize in Clinical Advocacy. She spent the first five years of her legal career in New York, first with the Legal Aid Society and then at the Office of the Appellate Defender, representing over 1,000 clients in New York's trial and appellate courts. In 1996, she became a faculty fellow at the Yale Law School.

In 1998, she joined the University of Michigan Law School faculty. At Michigan Law, she taught criminal law, legal ethics, and various clinical courses. Her scholarship focused on the professional benefits of clinical legal education. She also created new clinics at the law school, including a Domestic Violence Clinic and a Pediatric Health Advocacy Clinic.

In 2002, she was made Associate Dean for Clinical Affairs. Responsible for the continuing development of the law school’s practical education, she continued to expand the clinical offerings at Michigan Law School, launching a Mediation Clinic, a Low Income Taxpayer Clinic, an International Transactions Clinic, a Human Trafficking Clinic, a Juvenile Justice Clinic, and an Entrepreneurship Clinic. In her capacity as professor and associate dean, she conducted and supervised many types of civil and criminal litigation at all levels of the state and federal courts. The University of Michigan Law School’s clinical programs are now recognized nationally as one of the best places to be trained as a lawyer.

In 2008, then-Associate Dean McCormack cofounded the Michigan Innocence Clinic, in which students represent wrongfully convicted Michiganders. The clinic has exonerated seven people so far, and has shined a light on the important justice issues underlying wrongful conviction. In 2010, McCormack won the “Justice for All” Award for the Clinic’s work, and in 2011 the Washtenaw County Bar Association gave her the “Patriot Award.” In 2012, she won the Cooley Law School’s “Distinguished Brief Award” for the best brief filed in the Michigan Supreme Court during the term. Also in 2012, the Justice Caucus presented her with the Millie Jeffrey Award and the Washtenaw County Women Lawyers recognized her with the Mary Foster Award. In 2013, Justice McCormack was honored with the Hon. Kaye Tertzag Purple Sport Coat Award.

Justice McCormack currently chairs the Supreme Court's Limited English Proficiency Implementation Advisory Committee and participates with a number of professional organizations including the American Bar Association Access to Justice committee, the American Bar Association Working Group on Pro Bono and Public Service, the advisory board of the National Consortium on Racial and Ethnic Fairness in the Courts, the judicial elections committee of the National Association of Women Judges, and serves as a board member of the National Board of Legal Specialty Certification. In 2013, Justice McCormack was elected to The American Law Institute, the leading independent organization in the United States producing scholarly work to clarify, modernize, and improve the law. In 2014, Justice McCormack was appointed by the U.S. Department of Justice and the U.S. Department of Commerce's National Institute of Standards and Technology to a newly-created National Commission on Forensic Science. The Commission's charge is to work to improve the practice of forensic science by developing guidance concerning the intersections between forensic science and the criminal justice system and work to develop policy recommendations for the U.S. Attorney General, including uniform codes for professional responsibility and requirements for formal training and certification.

Justice McCormack is married to Steven Croley, also a lawyer and law professor, currently on leave from the University of Michigan Law School to serve as General Counsel to the U.S. Department of Energy. They have four children in the Ann Arbor public schools, and enjoy frequent family trips to west Michigan. 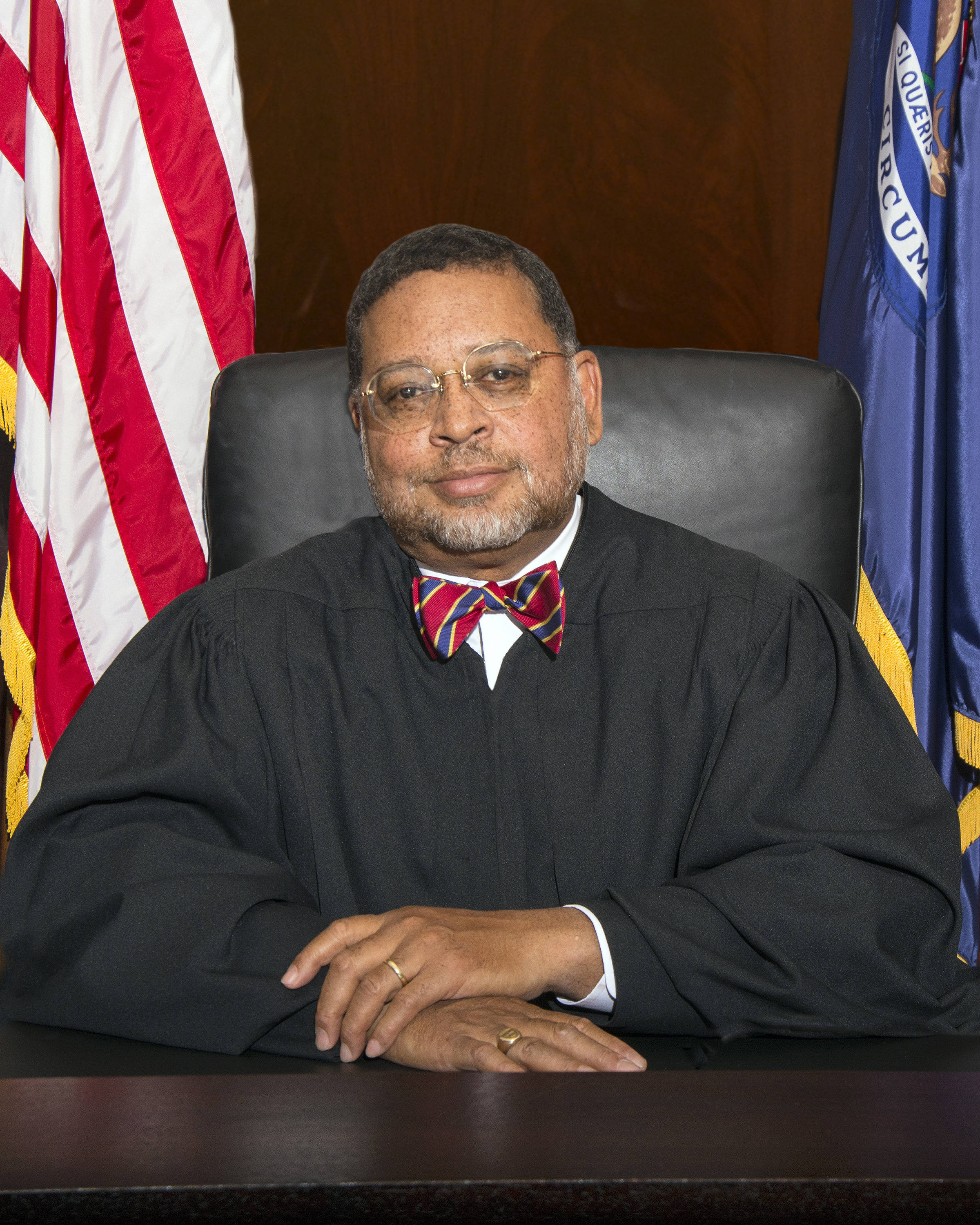 “Our goal is for Michigan’s judiciary to be a national model of efficiency and service to the public,” says Michigan Supreme Court Chief Justice Robert P. Young, Jr. First selected by his colleagues in 2011 to lead the Court, Young has been dedicated to transforming our state’s court system into a more efficient and customer-focused institution.

As Chief Justice, Young has promoted initiatives to measure judicial performance, track public satisfaction, adopt best practices, and implement technologies that expand public access, increase efficiency and boost productivity of trial courts. “You can’t get a cup of coffee without being asked to provide your opinion about customer service,” Young says. “I believe courts should take the same approach to consulting the public so that good work can be recognized and problem areas addressed.”

During tenure as Chief Justice, the Court has also been dedicated to “rightsizing” Michigan’s judiciary so that it costs no more than necessary for the efficient administration of justice. To this end, 25 judgeships have already been cut, saving taxpayers $6.1 million over the past four years, and 15 more judgeship are slated for elimination. The cumulative effect will be a 7 percent reduction in the total number of judges statewide and $175 million in savings to taxpayers.

Young has also supported the implementation of innovative technologies to help courts work smarter. This includes a plan to install videoconferencing equipment in every Michigan courtroom, allowing thousands of hearings to be held in “virtual” courtrooms, saving transportation costs and avoiding the security risks of transporting prisoners. In addition, the Chief Justice is spearheading a critically-needed upgrade of case management systems for trial courts statewide. The roll-out of the state-of-the-art MiCOURT system will move critical files from aging mainframes to more modern systems, while helping court staff be more efficient and improve service to the public.

A graduate of Harvard College and Harvard Law School, Young joined Dickinson, Wright, Moon, Van Dusen & Freeman in 1978, becoming partner in 1982. He became vice president, corporate secretary, and general counsel of AAA Michigan in 1992, prior to joining the Court of Appeals in 1995. After joining the court in 1999, Young was elected in 2000 and re-elected in 2002 and 2010 to a term ending on January 1, 2019.

Young has served on the boards of many charitable groups, including the Detroit Urban League, United Community Services of Metropolitan Detroit and Vista Maria, a resource center for abused and neglected young women and girls. A former commissioner of the Michigan Civil Service Commission, Chief Justice Young was a trustee of Central Michigan University, University Liggett School, and the Grosse Pointe Academy. He is a former chair of the Greater Detroit Chamber of Commerce “Leadership Detroit” program. In 1999, he was named “Alumnus of the Year” by Detroit Country Day School. Young had been an adjunct professor at Wayne State University Law School for more than 20 years and now teaches at Michigan State University College of Law.

The father of two sons, Young has been married to Dr. Linda Hotchkiss for 40 years.