Fully Human: 3 Steps to Grow Your Emotional Fitness in Work, Leadership, and Life 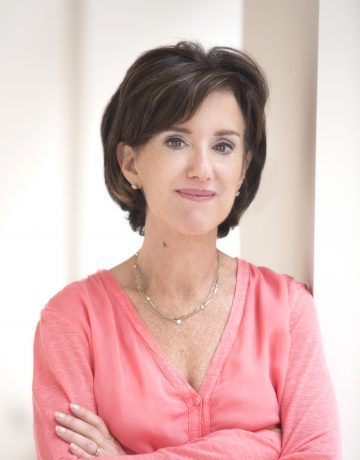 In today’s digital, media-driven landscape, it has become tougher to build genuine social connections with others, especially in the workplace. Scripps Interactive Networks and HGTV Co-Founder Susan Packard, and author of Fully Human, created EQ Fitness (a method to harness emotional intelligence) to address this challenge. She shared her solution at a DEC meeting Wednesday.

According to Packard, more than 40 million people suffer from social anxiety disorder and related mental illnesses. To address this national health crisis, she detailed the importance of understanding one’s internal and external emotions and how it impacts total wellness.

Positive emotions, said Packard, like hope, excitement, fulfillment and passion lead to a healthier mental well-being. She also introduced her three-step process in practicing EQ Fitness: first with willingness, then leading into trust and adopting a “we” workplace mindset. She tasked meeting attendees to utilize the EQ Fitness method to attain better work relationships and company culture. 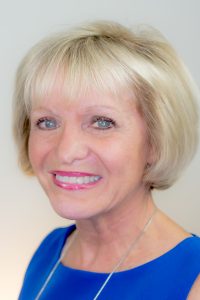 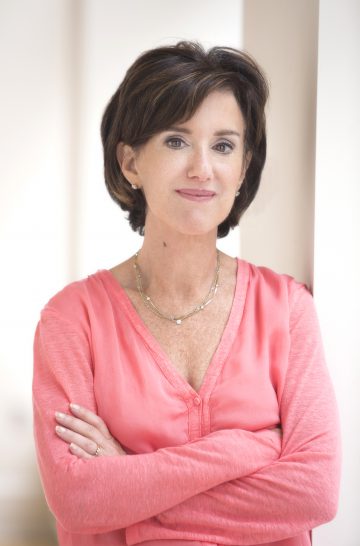 Susan Packard is co-founder of Scripps Networks Interactive (NYSE: SNI) and former Chief Operating Officer of HGTV. She was the 2nd employee of SNI and helped to build the company to a market value of over $14 billion.

SNI’s media portfolio includes popular lifestyle television brands HGTV, Food Network, DIY Network, Cooking Channel, country music network Great American Country (GAC) and the Travel Channel. Packard held a variety of senior positions during her tenure at SNI. In addition to being COO of HGTV, she created and served as president of Scripps Networks New Ventures, where she oversaw the development and launch of DIY Network, and online interactive platforms. She was also president of worldwide distribution for the Scripps cable brands.

She began her cable career at HBO, then moved to NBC and was part of the start-up team for CNBC. In 1994 she joined HGTV and became Chief Operating Officer in 1995. Under Packard’s helm, HGTV became one of the fastest growing cable networks in television history. Today HGTV is available in more than 99 million U.S. homes and distributed in 175 countries and territories.

She has been recognized by industry peers, colleagues and employees as an innovator, role model and mentor. She received the Woman of the Year award by Women in Cable & Telecommunications (WICT) and was profiled in Modern Visionaries, a book chronicling the contributions of women to the cable and telecommunications industry. Contemporary Economics, a high school textbook, profiled her as an entrepreneur in the field of media specialization. CableWorld magazine honored her among “The Most Influential Women in Cable” numerous times. In 2008 she was inducted into the Cable Hall of Fame.

Packard was the first woman elected to serve on the board of directors of Churchill Downs, Inc. (NASDAC: CHDN), the owner and manager of the Kentucky Derby and other horseracing properties. In that capacity, she served on the Audit, Strategic Planning, and CEO Succession committees.

She is active in national and local business and community affairs. She was named a College of Arts and Sciences Outstanding Alumni at Michigan State University. She is past vice chair of the board of an independent collegiate day school, and an advisor on job training programs for the homeless as board member of Lazarus Ventures LLC. In 2011 was named to Villanova Business School’s Dean’s Advisory Council, and to the Tennessee Governor’s Commission on Film, Music and Entertainment. In recognition of her outreach work, she received the E.W. Scripps William Burleigh Award for distinguished community service. She was admitted to The Committee of 200, a select group of senior women executives dedicated to inspiring future women leaders in business. In 2015 she was elected to the C200 Foundation Board, charged with granting scholarships and doing outreach to young, aspiring business women.

She is an active speaker at global business forums and at universities such as UCLA, Fordham, and the Darden Business School at University of Virginia. In February 2015, she spoke at Stanford Business School as part of SBS Executive Breakfast Briefings.

Most recently, Susan has been certified to teach a form of meditation called Centering Prayer, and teaches leadership and mindfulness retreats at St. Mary’s, a retreat house in the Smokey Mountains of Tennessee.

She gave a Tedx talk at UCLA, available for viewing here.

In February of 2019, Penguin/Random House will publish Packard’s new book, Fully Human, Three Steps to Grow Your Emotional Fitness for Work, Leadership and Life. The book offers a fresh, new framework for growing one’s emotional intelligence. She also wrote New Rules of the Game, published in 2015, to help women navigate their workplaces successfully. She lives in Knoxville, Tennessee, with her husband and two female felines named Diva and Dart. They have one son, Andrew.