Do You Have What it Takes to Be an Entrepreneur…..and Putting Champ? 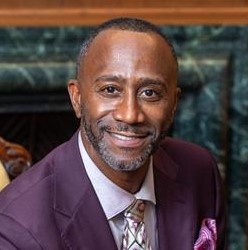 So what does it really take to be an entrepreneur and just how important is working capital? Mark Douglas will share his thoughts on this topic plus how the automotive dealer business is
transforming with the rapidly changing times.

We will also crown the DEC Young Leader 2022 Putting Champion so get your golf attire and game on and show us your putting skills!

Mark is President of Avis Ford Inc, a nationally ranked Ford dealership in Metro Detroit. Mark has assumed every role from salesperson, to Asst. manager of Used Car, to Finance and Insurance manager. Mark is responsible for all of the day-to-day operations. Avis is a Top 100 performing dealership nationally, a 8 time President’s Award winner, Ford’s highest recognition for sales and customer service, and is Blue Oval Certified.

Mark’s career began with General Motors where he worked for 6 years. He worked as a Project Release Engineer where he designed and released interior electronic switches. Lastly, he managed corporate release responsibilities for all vehicle multi-function switches.

Mark received a BS in Electrical Engineering from Howard University (90) and an MBA from the University of Michigan, Ross School of Business (98) in Ann Arbor.

A Detroit native, Mark is married to Tiffany and they have two children Jaxson and Jamesyn. He sits on 3 boards: Henry Ford Hospital and Health Network, the Detroit Institute of Arts and The Michigan Black Chamber of Commerce. He is an avid golfer and is also a member of the Omega Psi Phi Fraternity, Inc