The U.S. Economy and the State of the U.S. Auto Industry 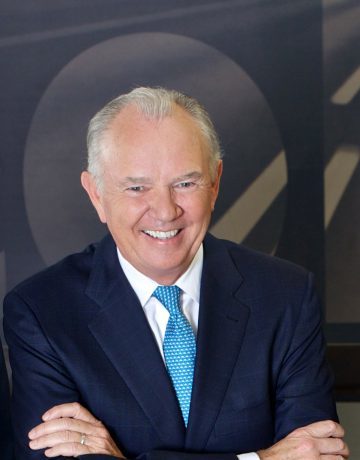 AutoNation, Inc. Chairman and CEO Mike Jackson addressed the Detroit Economic Club on Thursday, November 6th, 2014, on how the U.S. economy is being driven by housing, energy and automotive industries.

A primary focus was the rebound of the auto industry, and how it will continue to positively affect the U.S. economy. 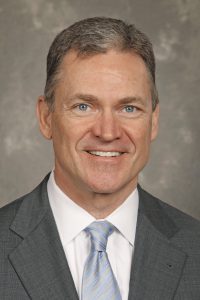 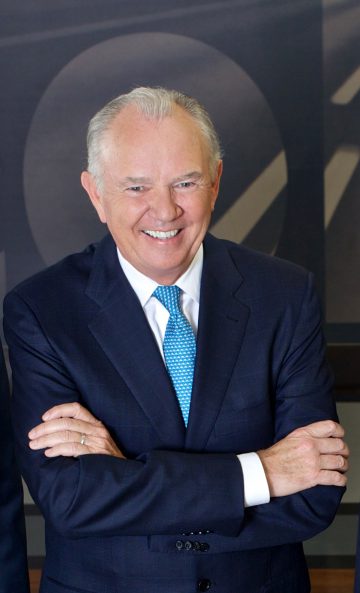 Mike Jackson is widely regarded as one of our generation’s most influential and effective leaders in the automotive industry. Since joining AutoNation as CEO in 1999, then assuming the role of chairman in 2002, he has been responsible for literally transforming the automotive retail industry.

Under his guidance, AutoNation not only reinforced its position as America’s largest automotive retailer, the company also set milestones that stand as testimony to his vision of the company as a standard bearer for a more customer-focused, transparent and contemporary business model:
• AutoNation is the only retailer in history to have sold more than 9 million vehicles
• AutoNation is a member of the S&P 500
• It has been named America’s Most Admired Automotive Retailer by Fortune Magazine five times
• It is a member of the Fortune 500, ranking in the top 200 companies
• Annual revenue for 2013 reached approximately $18 billion
• AutoNation owns across the U.S. 269 new vehicle franchises from 228 stores in 15 states
• More than 21,000 associates choose to make their careers with AutoNation
• The company sells approximately 500,000 vehicles and services more than 3 million each year
• AutoNation has 9 dealerships in Automotive News “Top 100 Best Dealership to Work”

Before joining AutoNation, Mr. Jackson was already a revered figure in the automotive world, having served as president and CEO of Mercedes-Benz USA, an $8 billion annual business that oversaw the German automaker’s U.S. sales operation and 311 franchised dealerships. In that role, he helped create the vision and direction that led to the luxury vehicle brand’s rejuvenation in the U.S.

He came to that position after having served as the Managing Partner of Euro Motorcars of Bethesda, Maryland, an operator of 11 new vehicle franchises. He also has served as chairman of the Mercedes-Benz National Dealer Council. Fittingly, it was at a Mercedes-Benz dealership that Mr. Jackson began his automotive career, starting as a technician for a dealership in Cherry Hill, New Jersey when he was just out of college.

His achievements have been widely recognized by his industry peers. In 2009, Mr. Jackson was named one of the “Fifty Visionary Dealers” of all time by Automotive News. He was named Automotive Hall of Fame Industry Leader of the Year for 2003. And he is also the first recipient of the Sports Illustrated All-Star Dealer Award. Add to that his recognition as a six-time member of the Automotive News “Dream Team” of automotive executives and his four-time placement in Advertising Age's “Marketing 100,” and it’s clear that he has earned the respect of those in the position to judge genuine automotive excellence. Mike Jackson has also received an honorary doctorate from the Livingstone College. In January 2011, Mr. Jackson was appointed to the Federal Reserve Bank of Atlanta’s Miami Branch Board of Directors and in 2013 to the Atlanta Federal Reserve Board of Directors. Ernst & Young honored Mr. Jackson with a Lifetime Achievement Award in May 2011 under the Ernst & Young Entrepreneur of the Year Awards Program. In November 2011, Mike Jackson was #37 on FORTUNE magazine list of Global Businesspersons of the Year and in January 2012,The Detroit Free Press announced that Mike Jackson was awarded the 2011 National Retail Leadership Award by the Detroit Free Press in conjunction with the North American International Auto Show (NAIAS). In 2013 Mr. Jackson has been named a winner of the Horatio Alger Award.

Closer to home, Mr. Jackson was honored in 2006 with the Excalibur Award, which is given annually to South Florida business Leader of the Year by the Sun-Sentinel newspaper. It was also in 2006 that South Florida’s CEO Magazine named Mr. Jackson CEO of the Year, and it was just this year that he was inducted into the Wayne Huizenga School of Business Entrepreneur Hall of Fame. He is active in a number of local civic and philanthropic interests, and he serves today as a Director of The Museum of Art Fort Lauderdale.

In addition to these honors, he is widely sought after as a speaker and media personality for his thoughts on the auto industry in specific and the broader economy in general. Of particular interest is the bold position he has taken as an advocate for the creation of a more effective energy policy, his recommendation that we consider a national tax on gasoline to fund research and curb excessive consumption, as well as his stance as a champion of fuel-efficient vehicles, hybrids and electric cars. He has spoken recently at the Tuck School of Business at Dartmouth College, the William J. Clinton School of Public Policy, the Association of Metropolitan Planning Organizations, the North American International Powertrain Conference, and the NADA OESA conference. Mr. Jackson is also a contributor to CNBC and Bloomberg T.V.